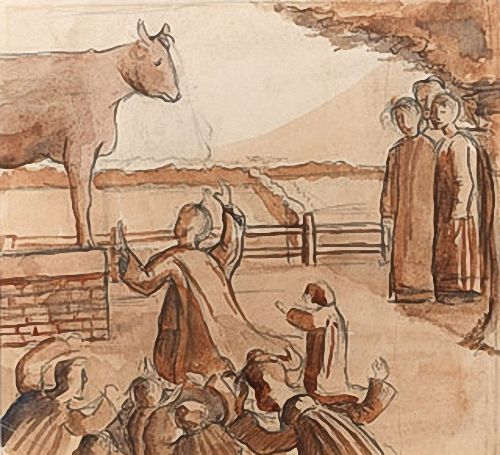 This early drawing by Spencer is the first recorded occasion in which he used pencil and sepia wash (rather than pen and ink). He relied almost entirely on sepia drawings henceforth. The raised arms of the figures on the left are an early example of the gestures that characterise Spencer's figures. The subject is taken from Exodus 32, and was possibly a Slade Sketch Club subject.