During the Depression and War years, between 1930 and 1955, the Romantic tradition in Britain underwent an extraordinary Renaissance. A distinctive style arose embracing an otherwise diverse group of artists – the British landscape became central to a new nostalgic pastoral vision which was broadly expressed through the language of Cubism – sometime adopted with intellectual and sometimes more decorative aims. 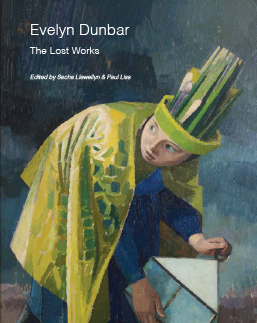 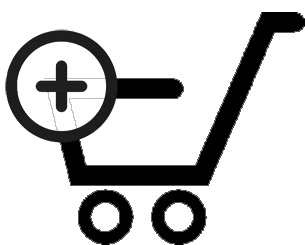 Included in The Guardian's choice of best books of 2015.
Nominated for the William MB Berger Prize for British Art History.

The rediscovery of this important collection of works by Evelyn Dunbar is a particularly engaging story. When in September 2012 the BBC Antiques Roadshow was held at Cawdor Castle, amongst the dolls, items of furniture and bric-a-brac that were brought by the queues of people waiting in the inevitable rain was a painting by Dunbar. It was the kind of moment that the television producers must cherish. The Neo-Romantic painting entitled “Autumn and the Poet” (1960) had been brought to the roadshow by a relation of the artist and after it was appraised by Rupert Maas before the cameras it was sold and subsequently donated, through the initiative of LISS LLEWELLYN, to Maidstone Museum and Bentlif Art Gallery. Ordinarily this outcome might have been the happy ending to a story, but in this case it was only the beginning. None of the works in the collection had previously been recorded, and so it is a remarkable discovery underpinning her position as one of the most significant female figurative artists working in Britain during the twentieth century. 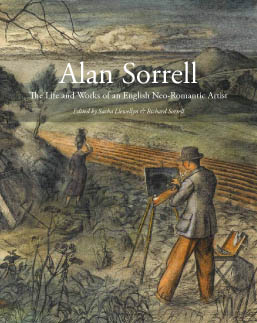 Chosen one of the best art books of 2013 by Brian Sewell Nominated for the William MB Berger Prize for British Art History.

It is particularly fitting that this book should be published to coincide with the Sir John Soane’s Museum’s aptly titled exhibition: ‘Alan Sorrell – A Life Reconstructed’. This makes it possible at last to assess the full range of Sorrell’s work and the underlying poetic vision that runs through it. Comprising a series of essays the book sets out to chart Sorrell’s life and achievements, as well as illustrating the range and diversity of his talents, most works having never previously been reproduced. … Alan Sorrell (1904-1974) attended the Royal College of Art in the mid-1920s during a period which saw the emergence of talents such as Edward Bawden, Eric Ravilious, John Piper, Henry Moore and Barnett Freedman. This book demonstrates that though Sorrell’s work has been less well documented his talent was comparable to that of artists more usually associated with the RCA’s formidable reputation during the interwar years.