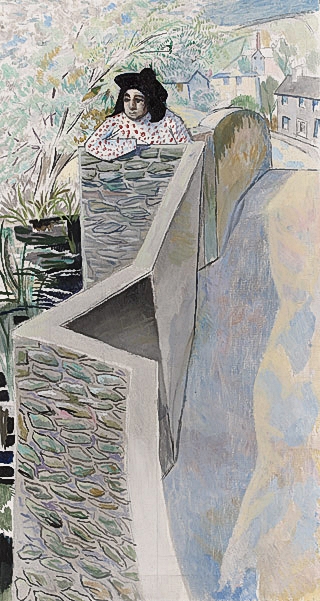 Spencer is likely to have painted this picture whilst visiting his artist friend Douglas Percy Bliss in Derbyshire. Although undated, stylistically it is typical of Spencer's later work, in which the paint is applied more thinly and the compositions tend to be more linear.

We are grateful to Peyton Skipwith for his assistance.